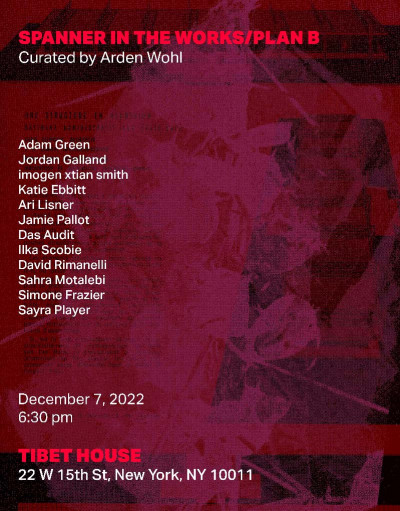 Intelligence considers the ideas of artificial intelligence exhibited by machines, as seen in the Sony AIBO robotic dog, and human intelligence, like that which is gathered through interpersonal contact by the US military in accordance with the “US Army Field Guides Manual on Interrogation,” a guide that prohibits abusive techniques of torture. This publication is based on Kalpakjian’s Black Box (2002), an artwork shown as part of his solo show at the Andrea Rosen Gallery that comprises an isolated AIBO robotic dog inside a constructed minimalist box. Over the course of the exhibition, the robot dog took photographic images of its environment, which were hung on the wall beside the box. Intelligence includes images produced during the exhibition, as well as a section that juxtaposes excerpts from the AIBO user’s guide with those from the US military’s interrogation manual. Also included is “The Tail Wags the Dog,” an interview with Bob Nickas discussing the background and implications of both Black Box and Intelligence, an essay on Black Box titled “Shit Photographs” by curator Paul Wombell, and Gilles Deleuze’s “Postscript on the Societies of Control,” which examines issues revolving around the technology of social control and confinement.

Among the many lessons we have learned from photography since its inception are a few about the nature of reality and its representation. Long considered a mirror image of the real world, a direct and objective record of what exists in the visual stratosphere, the photograph has come to be understood as something much more complicated and variable, something easily manipulated and modified. Subjective Realities is thus a most apt title for this publication, which presents a stellar selection of contemporary photography from the Refco Collection. Included are works by Vito Acconci, Janine Antoni, Matthew Barney, Chris Burden, Jean-Marc Bustamante, Sophie Calle, Gregory Crewdson, Rineke Dijkstra, Olafur Eliasson, Barbara Ess, Walker Evans, Adam Fuss, Ann Hamilton, Eva Hesse, Axel Hutte, Craig Kalpakjian, Seydou Keita, Inigo Manglano-Ovalle, Ana Mendieta, Gordon Matta-Clark, Mariko Mori, Catherine Opie, Richard Prince, and many, many more artists. An essay by Dave Hickey introduces the book, and short texts on individual artists have been contributed by Lynne Cooke, Kathryn Hixson, A.M. Homes, Glenn O’Brien, Saul Ostrow, Luc Sante, Katy Siegel, and others.

Photographs from the Whitney Museum of American Art, 1940-2001. Sylvia Wolf (Author), Andy Grundberg (Author).
Representing the work of more than forty artists, this volume of over 160 photographs highlights the Whitney’s collection and provides photographic visions made by artists living and working in the United States from 1940 to 2000. Accompanies the 2002 exhibition at the Whitney.